The Caribbean region of Colombia is the most northerly continental and marine natural region of the country. It is located in the north of Colombia. The region is limited by the Caribbean Sea on the north, where it gets its name from, by Venezuela on the east, by the Andean region on the south and by the Pacific region on the west. Its main urban cities are Barranquilla, Cartagena de Indias, Soledad, Santa Marta, Valledupar, Monteria, Sincelejo, Riohacha and Apartadó. In 2005, its population reached 9.506.220.

Physically, the Caribbean region is composed by the continental plains of the Caribbean. These plains are located at the north of the Andes and reside on the Sierra Nevada of Santa Marta, where the Guajira peninsula originates. The region is dominated by the delta of the Magdalena river and it has a smooth coastline starting from the gulf of Urabá, in a southwest – northeast direction, to the gulf of Coquibacoa. However, the highest peaks of Colombia can be found here in the Sierra Nevada of Santa Marta (The Colon and Bolivar peaks). Although the Caribbean in Colombia is predominantly flat, it is characterized by its ecological variety, where its ecosystems range from dry forests of La Guajira to humid jungles of the gulf of Urabá. The region is flanked by the Eastern mountain range, precisely on the Sierra of Perijá, which limits naturally with Venezuela. Apart from the continental territory, the Caribbean region has extensive territorial waters on the Caribbean Sea.

The People in this Region is so Nice

The people of the Caribbean are the result of a racial and cultural mixture of the indigenous populations that have been inhabiting the region for thousands of years. White Spaniards that arrived to the Caribbean in 1499, introduced the black race from slaves of many African tribes. Also, in the last third of the XIX century, immigrants from Palestine, Lebanon, Syria, as well as some Americans, Dutch, Italians, French, Germans, English, Cubans, Venezuelans and Jews arrived to the ports of Puerto Colombia, Santa Marta, Cartagena de Indias and Riohacha.

The Economy of the Caribbean Coast is so Important

The industrial, commercial, financial, and transportation activities are highlighted in the Atlantic department. Bolivar is characterized as an industrial, harbor, agricultural, farming, mining and touristic department. It is worth stating the mineral exploitation such as coal in El Cerrejon and ferronickel in Cerromatoso in Montelibano, as well as natural gas. There is also exploitation of salt in Manaure and Galerazamba. The main crops of the region are plantain, cotton, banana, rice, coffee, cocoa, yucca, African palm oil and fruits. Livestock is also very importantly developed on the plains of the Cordoba, Magdalena, Bolivar, Sucre, Atlántico and Cesar departments. Beef livestock is implemented in the departments of Cordoba, Magdalena, Bolivar, Sucre, Atlántico and Cesar and goat breeding is done in La Guajira. 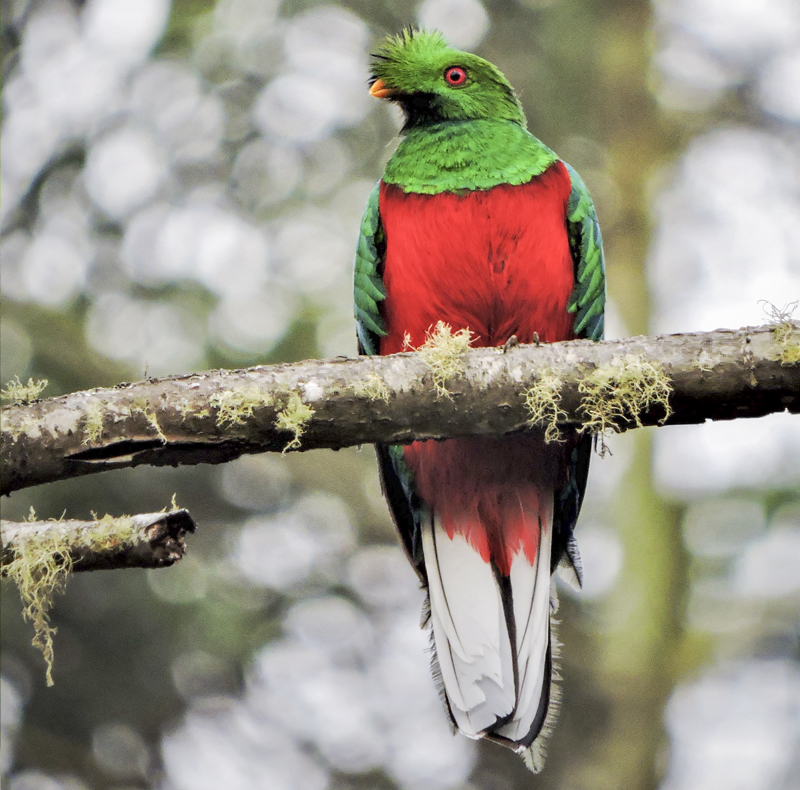 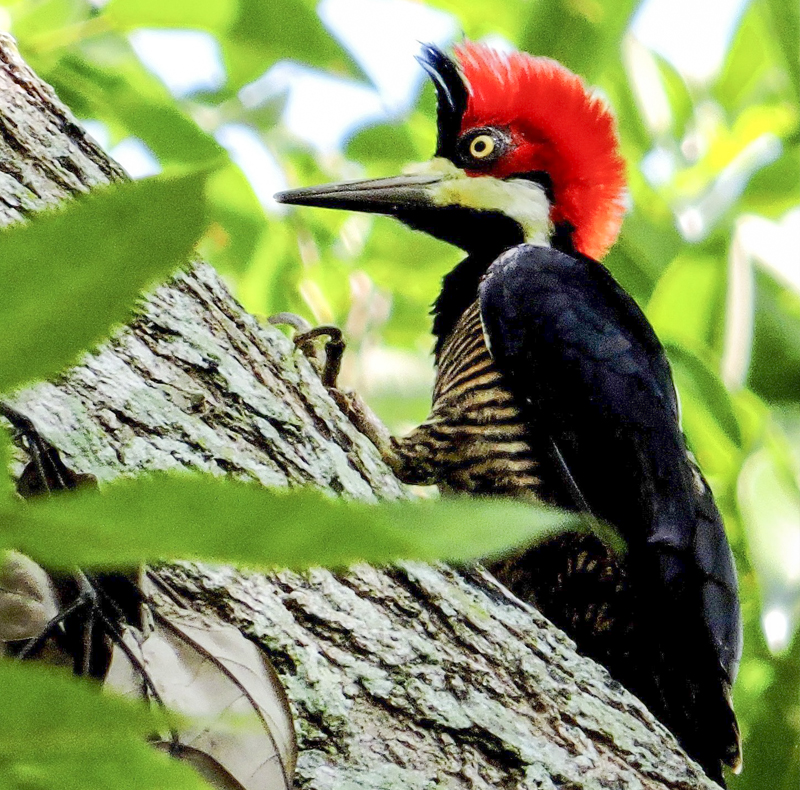 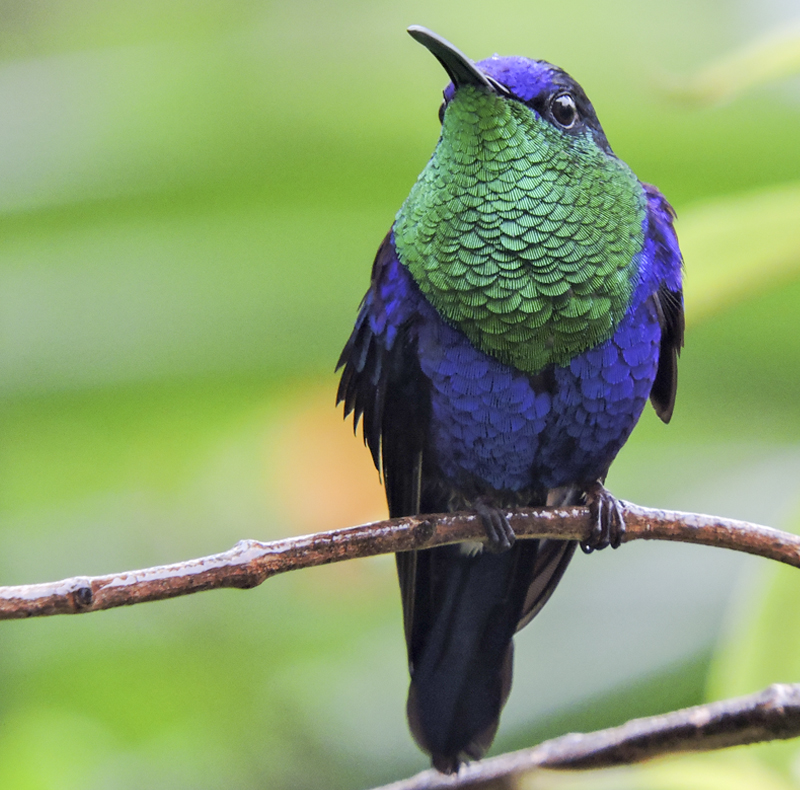 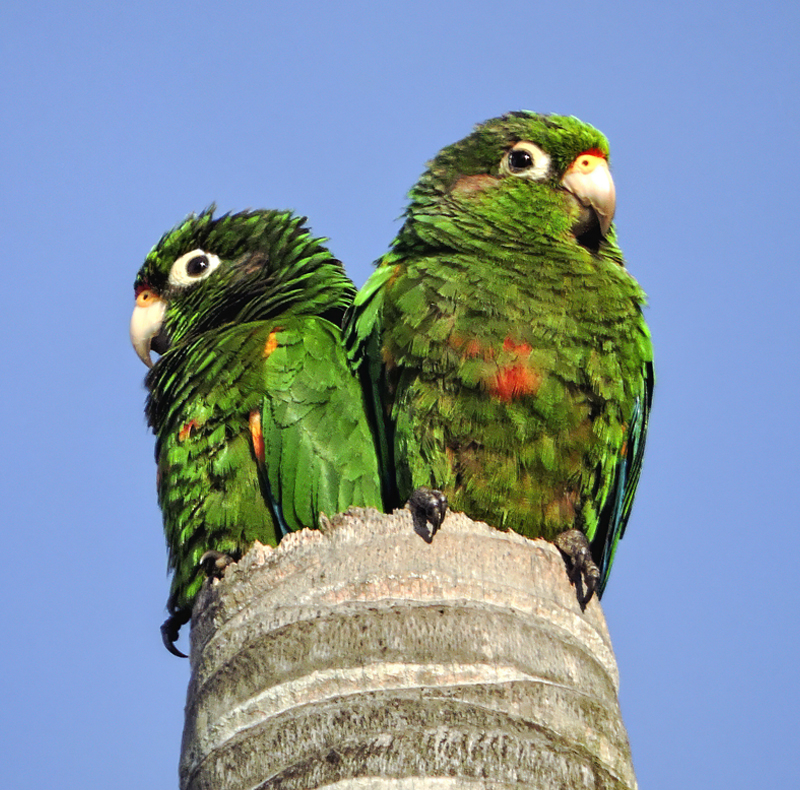 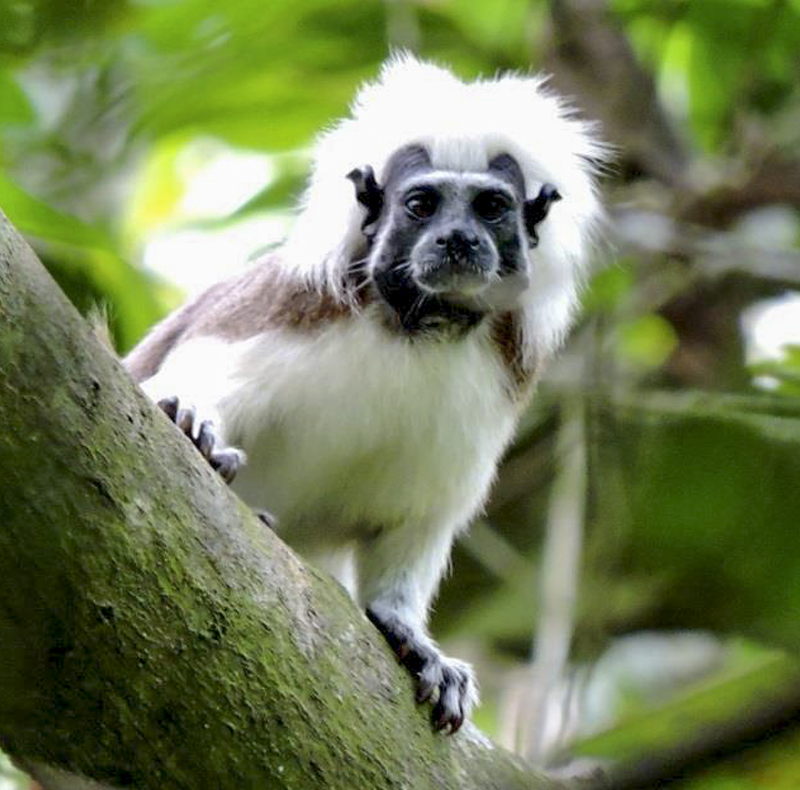 The weather of the Caribbean region is tropical, characterized by warm temperatures throughout the year, on average of 25 ºC. Throughout the months, temperatures tend to vary minimally. In summer the highest temperatures can rise up to 30 ºC and in winter temperatures can reach as low as 22º o 23º C. May is the warmest month of the year and January is the coldest. The weather in the Caribbean is very humid. The relative humidity percentages fluctuate from 77% to 82.5%. Humidity is less during the months of winter, although is still high. Rainfall, however, occurs mainly during the summer, especially between October and December, and decreases during the winter. The driest month is March, while the rainiest is October. The last factor to consider about the Caribbean weather is the hurricane season, which officially starts at the beginning of June and ends towards the end of November. The months with higher probabilities of hurricanes are September and October. However, out of all the Caribbean destinations, there is less chance that hurricanes impact the Lesser Antilles and the South American coastlines. 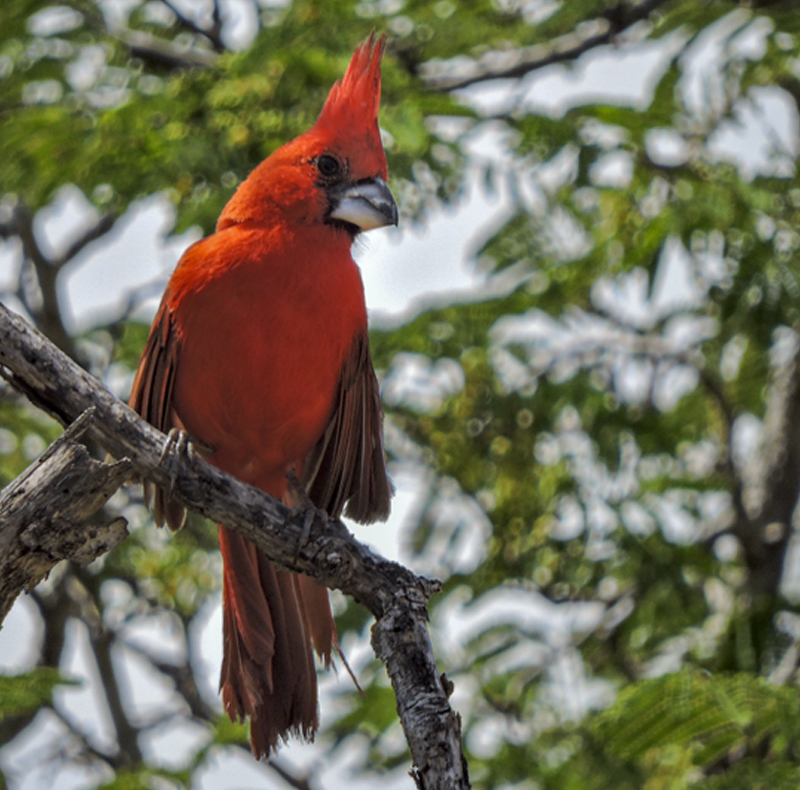 The lowlands of the Magdalena Valley are the perfect habitat for more than 500 species of birds and the Sierra Nevada de Santa Marta a remarkable neotropical hotspot. Is a perfect trip to increase your checklist and the perfect opportunity… 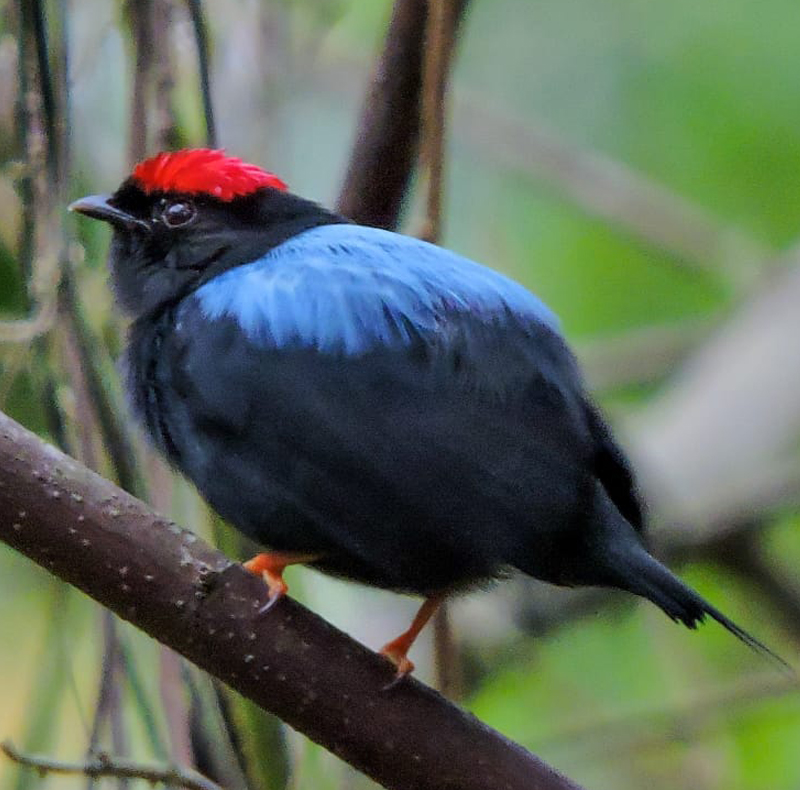 The most important river in Colombia es flanked by the branches of eastern and Central Andes, this biogeographical barriers limited the birds distribution and speciation occurs in this valley all the way from south to north, a wonderful trip loaded… 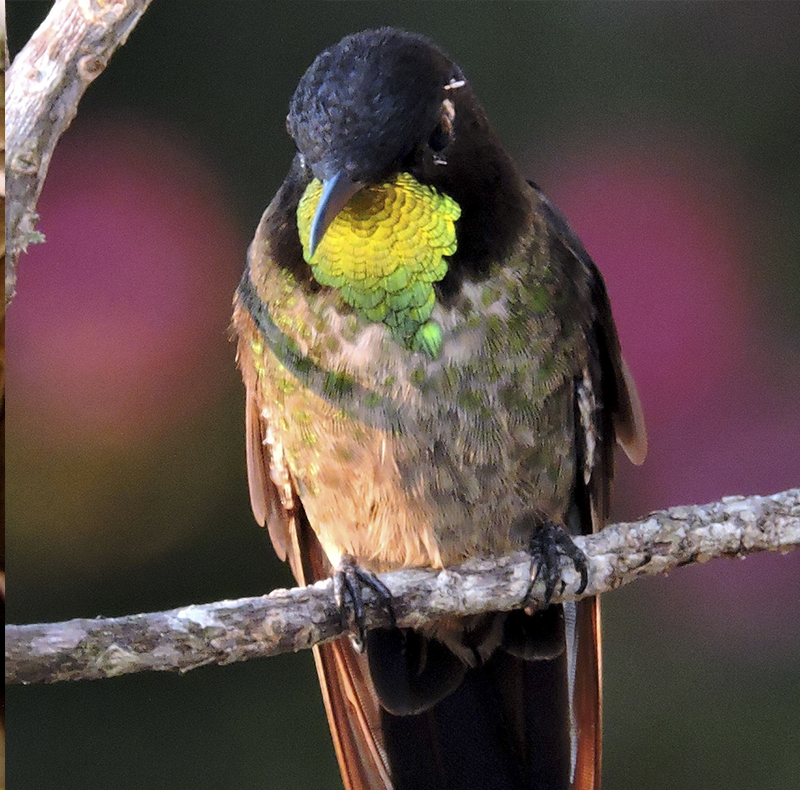 The north of Colombia is a land of contrast, from the dryest area in the country in front of the Caribe, to the highest coastal mountain peak in the world at 18.000ft. and the northernmost extreme extension of the eastern…

Escape to the Caribbean Coast

A birding adventure in one of the most iconic birding places and hotspot. This trip is a great mix of the lowlands in the northernmost extreme of Colombia, dominated by arid shrubbery area and the highlands of Sierra Nevada de…