The Colombian Massif is a territory of 4.8 million hectares, which occupies 4.3 percent of the continental area of ​​Colombia. The massif extends over 89 municipalities in the departments of Nariño, Putumayo, Caquetá, Huila, Cauca, Tolima and Valle. In the Colombian Massif converge large extensions of natural ecosystems such as the sub-Andean, Andean, high Andean forest, paramo and perpetual snow. This favors water regulation and “the maintenance of a high biological, landscape and cultural wealth”, as recognized in the document Conpes 3915.

The moorlands that are found there, among which the snow-capped volcanoes of Puracé and Sotará stand out, have an enormous capacity for water storage, aquifer recharge, and atmospheric carbon capture.

The Western and Central mountain ranges are born there, from where the great fluvial arteries of the country spring: the Magdalena, Cauca, Patía, Caquetá and Putumayo rivers, which in turn feed the Atlantic and Pacific oceans, and the Amazon River. All of this forms an intricate network of biomes that connects the Andean, Pacific and Amazon regions. These fluvial arteries are arranged in six key hydrographic zones: Alto Magdalena, Cauca, Saldaña, Caquetá, Putumayo and Patía. The first three correspond to the Magdalena-Cauca macro basin, the next two to the Amazon macro basin, and the last to the Pacific macro basin.

For all of the above and since 1978, the United Nations Educational, Scientific and Cultural Organization (UNESCO) declared the “Constellation Cinturón Andino” as a Biosphere Reserve – or life itself on the face of the planet. land

Some of the Problems of this Important Area of Colombia

Unfortunately and with the approval of the National Mining Agency, around 10,200 hectares in the crown of the Massif are concessioned to large mining companies, many of them in Moorlands and forest reserve areas, where this kind of extraction activities and exploitation is forbidden. Six Regional Autonomous Corporations (CAR) have jurisdiction in the Massif and have done little to preserve it. Trapped by the guidelines of an economy clinging to the mining-energy locomotive, the CARs have allowed it to wipe out the Colombian Massif. Consequently, nine rivers in the department of Cauca are at risk from illegal mining. One of the most shocking cases is that of the Sambingo River, which dried up in its 55 kilometers and became a sewer of cyanide and mercury.

In addition to mining, another threat looms over this fragile ecosystem: the sugarcane agribusiness. In 29,000 hectares of the Colombian Massif, especially in Cauca and Valle del Cauca, where 57% of the 1.2 million tons of sugar cane produced in Colombia is cultivated. Moreover, even though the sugarcane monoculture is a source of employment and contributes to the socio-economic development of the region, the use of pesticides, soil compaction and erosion, pre-harvest burning, and natural habitat fragmentation are just some of the devastating impacts of this activity.

Some about Geography and Climate

The fate of the Colombian Massif, a very important biome for the country and the planet, in times of climate change, will not improve as long as Colombia continues to cling to the mining-energy locomotive. It is necessary to make a progressive leap towards changing the energy matrix and towards the frontiers of the fourth industrial revolution in this era of productive and scientific accelerations. The country must rethink its position on mining and the absurd war on drugs. Otherwise, we will be trapped continuously in a cycle of poverty, precariousness, and violence, which destroys our immense biodiversity and water wealth. 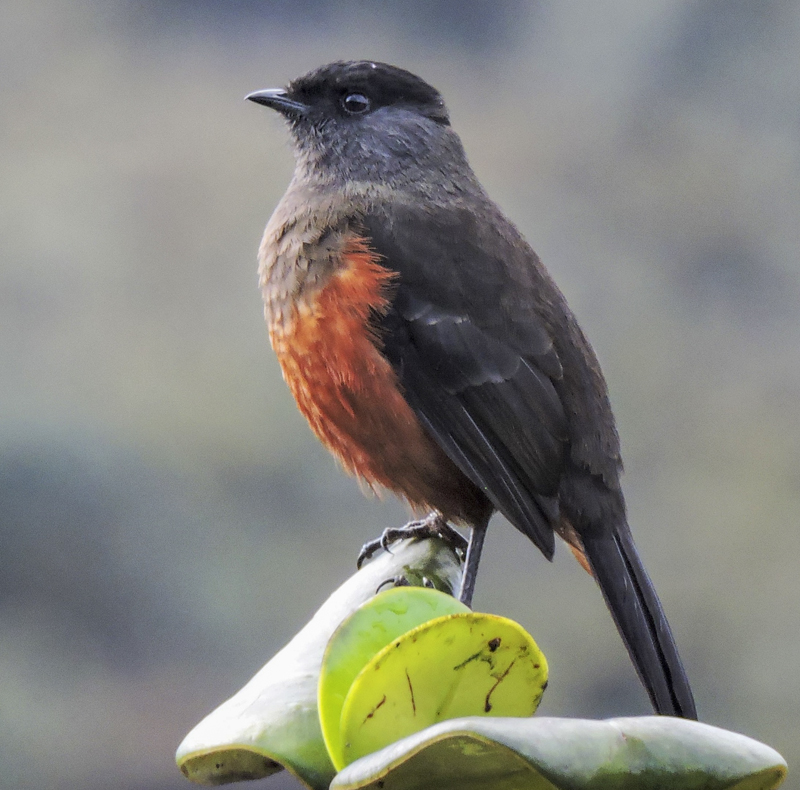 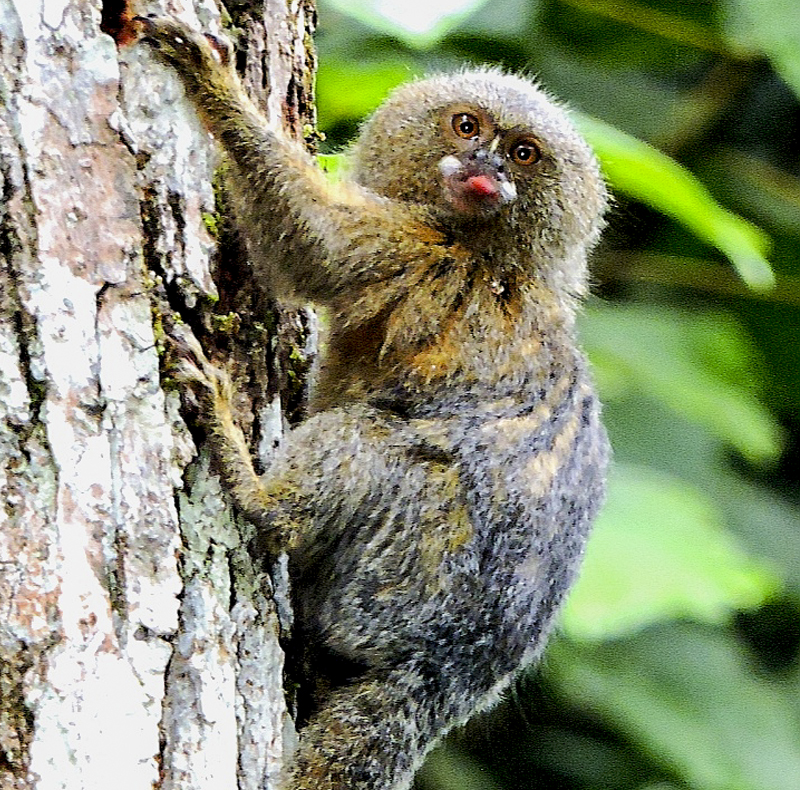 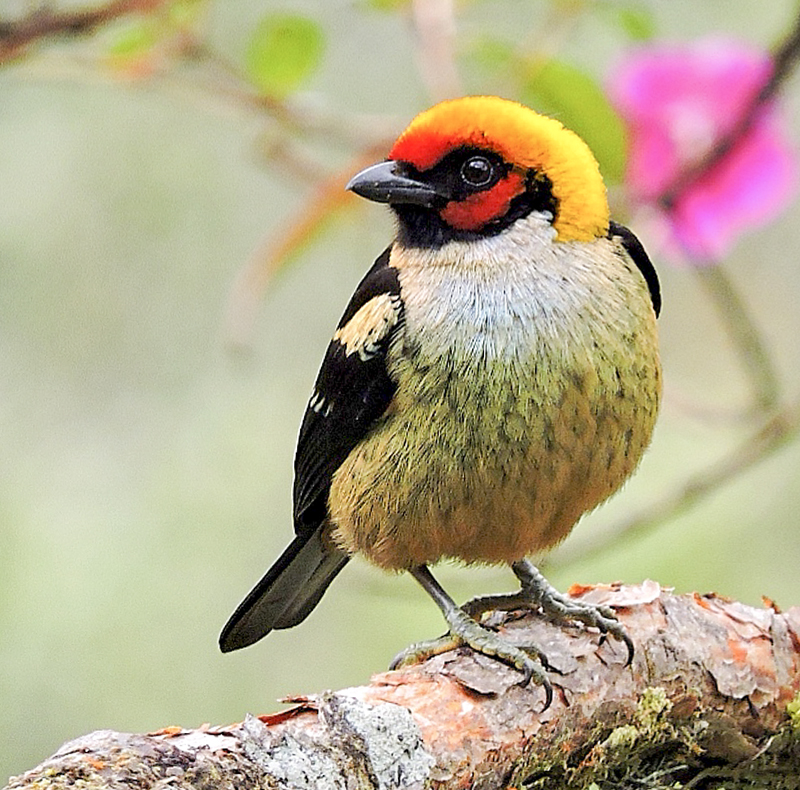 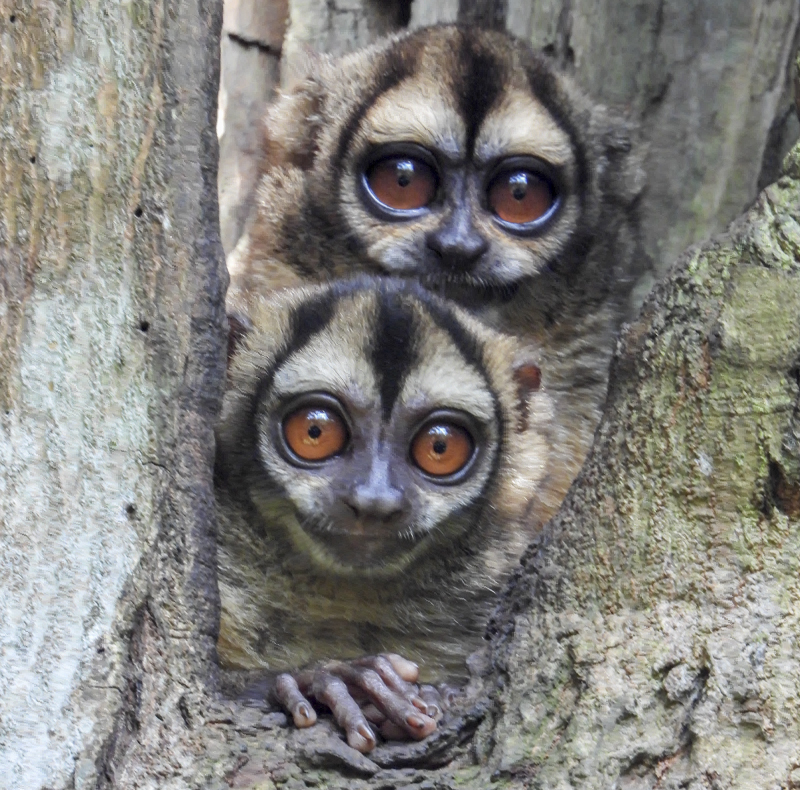 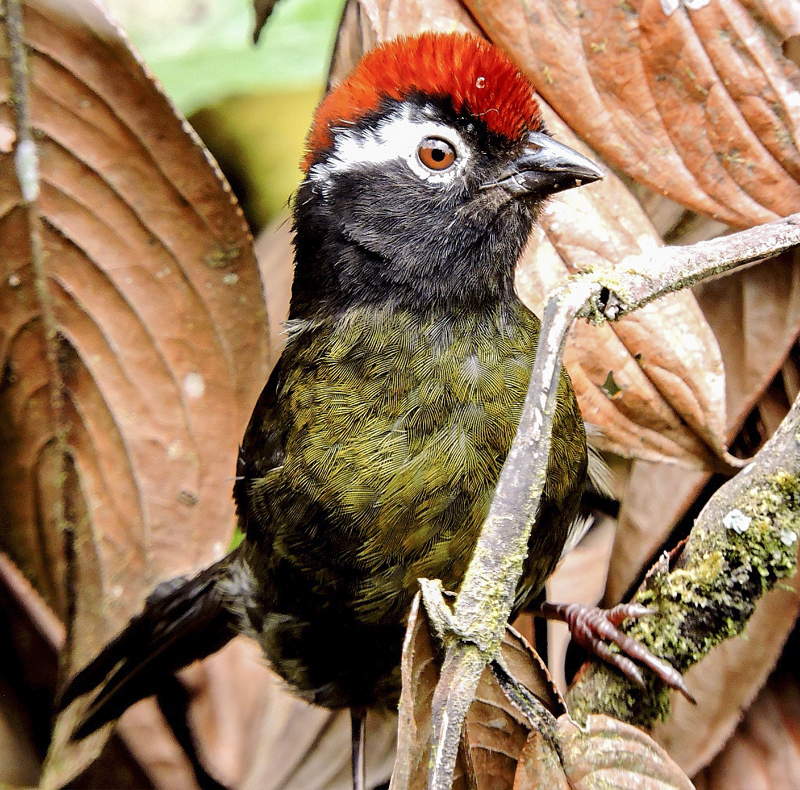 One of the Most Biodiversity Areas in the World

Many are the people who call the Massif the Colombian lung because of that vast amount of natural resources. The 72% of the waters used as a resource by Colombians come from three large rivers that are born in the Massif. UNESCO declared it as a Biosphere Heritage in 1998, it is the main river star in the country and one of the main in the planet. There are more than 4’350,000 hectares with a population of more than 2’000,000 people who live nearby, including various ethnic groups such as peasants, Afro-Colombians, and indigenous people. Not just that, but more than 21.2% of birds, 16% of mammals, 6% of amphibians, 12.4% of the Paramos, and 15.5% of the Andean forests of Colombia call this territory home. 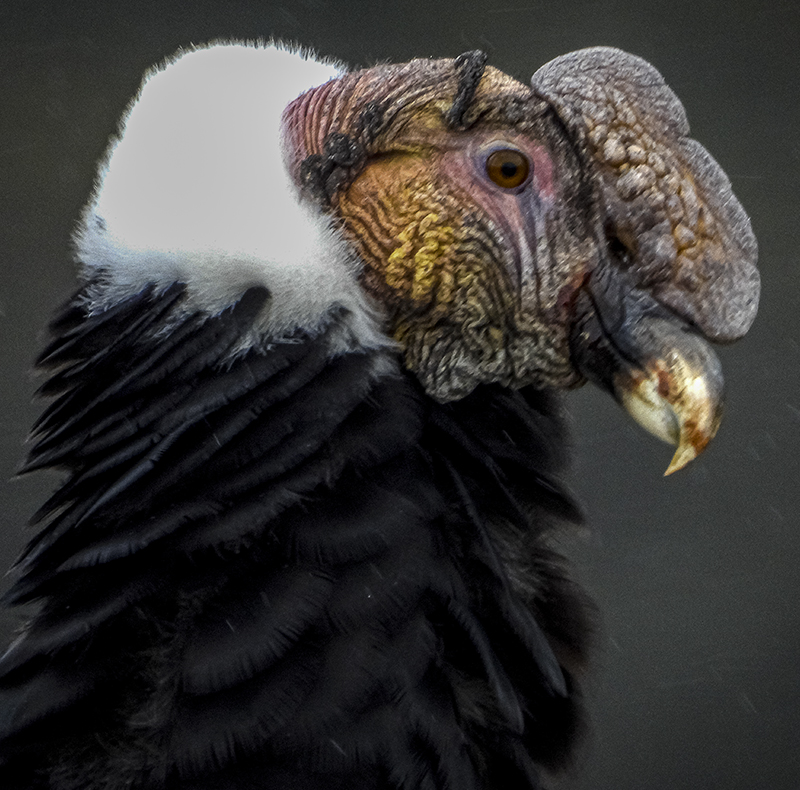 Colombia has a complex and unique topography, geography and geology and this is reflected in a wide range of different ecosystems and due to this variety, the speciation of birds has occurred throughout the territory. In the south of Colombia, the Andes are an orographic complex and constitute a single mountainous massif (Colombian massif). 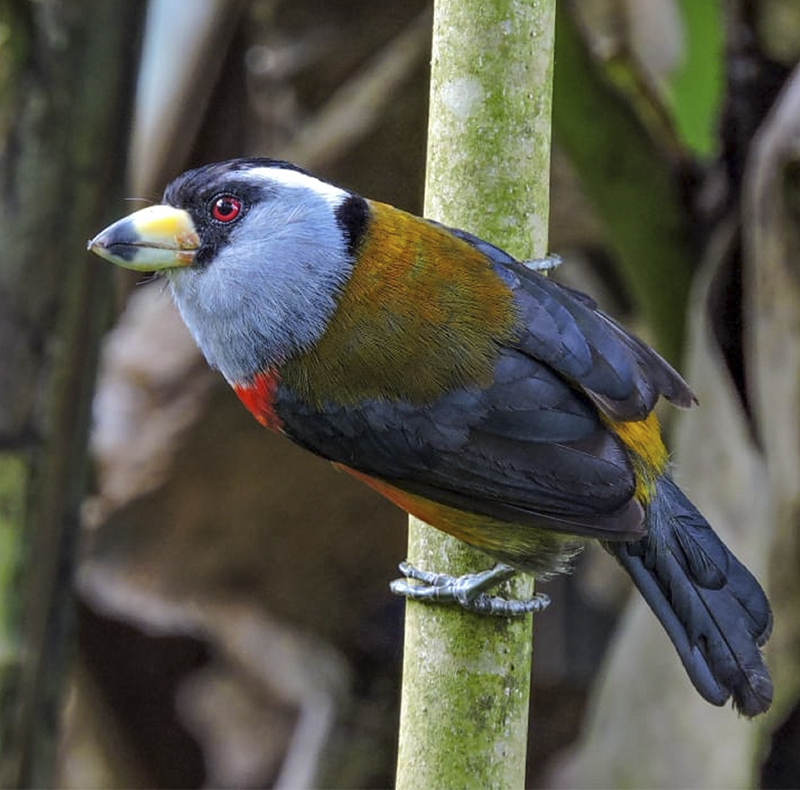 The unexplored south of Colombia is home of fantastics and less known birds, here we have the closest connection between the Amazon and the Pacific in the world, as a result the numbers of species is incredible. 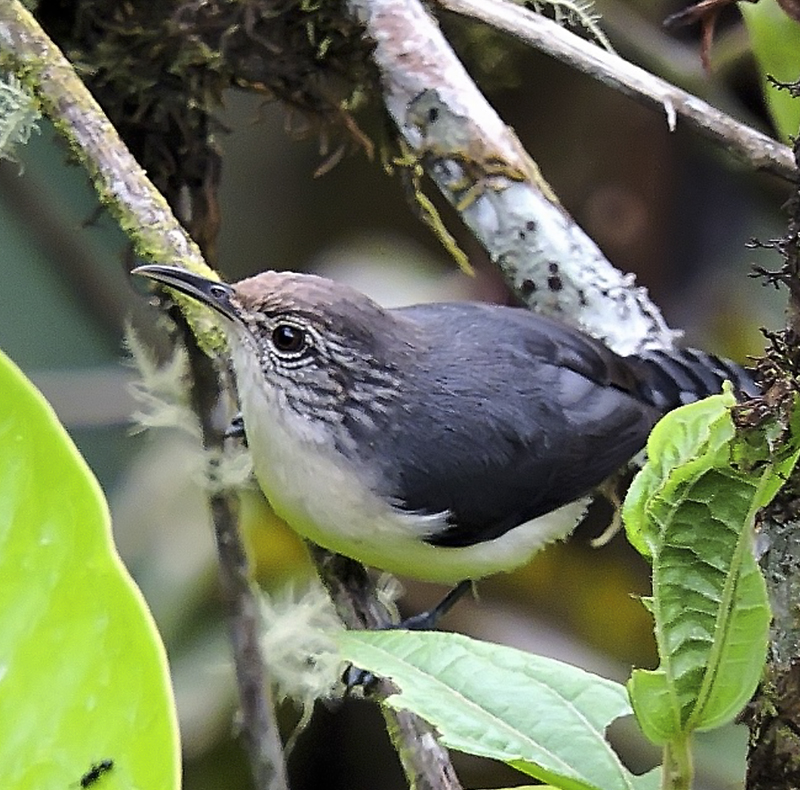 Escape to the Amazon Foothills

A magical trip in the Amazonian ecosystems in Mitú, loaded with incredible birds, some of them listed as the rarest in Colombia. The indigenous culture, amazing rivers, and exuberant biodiversity are the perfect combinations for a wonderful experience in the Colombian Amazon.

Escape to the Pacific Foothills

Colombia has a complex and unique topography, geography and geology and this is reflected in a wide range of different ecosystems, due to this variety, the speciation of birds has occurred throughout the territory.