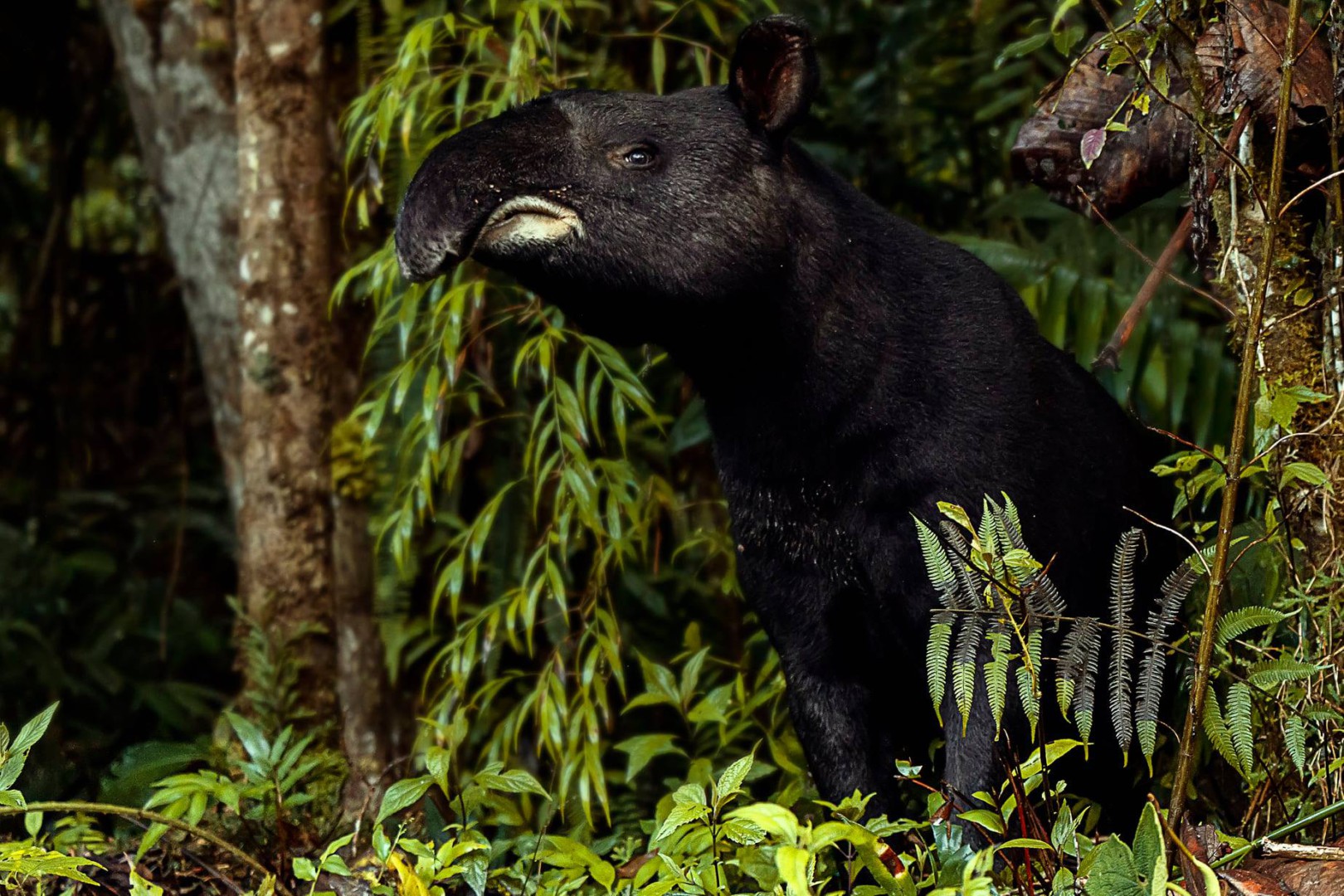 Did you know that there are five species of tapirs? Malayan tapir (Tapirus indicus) occurs in Asia. The Central American tapir (T. bairdii) is the largest of the American tapir species and occurs in southeastern and southern Mexico, Central America and Colombia. The Andean tapir (T. pinchaque) is the smallest species of all and lives in the Andes region, in the countries of Colombia, Ecuador and northern Peru. The Brazilian tapir (T. terrestris) occurs throughout the Brazilian territory, and this species is the one with the greatest geographic distribution among all other tapirs. It occurs in 11 countries in South America and inhabits a wide variety of environments! The fifth species is the newly discovered Little black Tapir (T. kabomani), described in 2013, native to the Amazon and savannah forests of Brazil and Colombia. The Tapir as seed predators and dispersers, they have key roles in the dynamics of rain forests! 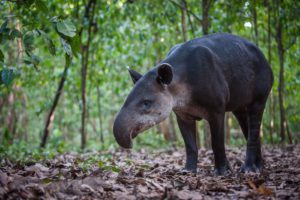 Baird’s tapir is categorized as Endangered and is extinction at El Savador!

Regarding the distribution of the Mesoamerican tapir Tapirus bairdii in Colombia, the first reports correspond to those provided by Hershkovitz (1954) for northwestern Colombia, in the departments of Córdoba (upper Sinú River) and Chocó (Ungía). This specie is on the list of mammalian species of the Parque Nacional Natural los Katios (UAESPNN 1998), and has recently been sighted in a non-park (H. Restrepo, pers. Comm. 2002) 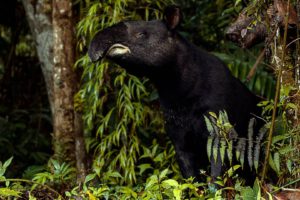 The Mountain Tapir (Tapirus pinchaque) is the smallest of the three species of tapir that inhabits Colombia and in the Neotropics. This animal measures on average about 1.8 m in length and 0.8 m in height at the shoulder and weighs 150 kg and the coat is generally black (Downer 1997). The mountain tapir was described by Roulin (1829) based on the skull of an adult male from the Sumapaz páramo in Colombia. This species is distributed in the high Andean forests and páramos, in Colombia, Ecuador and northern Peru at altitudes between 2000 and 4000 mals. of altitude and is categorized as Endangered extinct locally in Venezuela! . The mountain tapir feeds on at least 264 species of vascular plants, in páramos and Andean forests (Downer 1996 a and b). 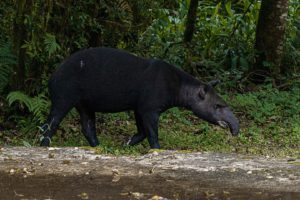 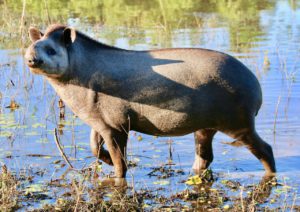 Probably the most well-known tapir in the world, due to its wide territorial distribution (Argentina; Bolivia, Brazil; Colombia; Ecuador; French Guiana; Guyana; Paraguay; Peru; Suriname; Venezuela), Lowland tapirs can grow  (1.8 meters) and  (225 kg), the size of a small pony!

Even with all this distribution, the species is considered vulnerable, Additionally, the lowland tapir (Tapirus terrestris) feeds on medium amounts of herbs and aquatic plants in forests seasonally flooded in the Amazon and in the Brazilian Pantanal.

It is super common to be seen in the Pantanal! One of the most emblematic species of this tour. 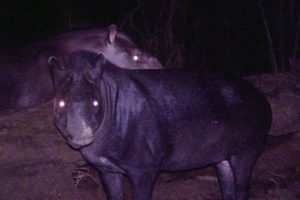 In 2013 a group of researchers from Brazil, Guyana and Austria published an article in the Journal of Mammalogy, with a new discovery of species of tapir! Counting 4 species for Latin America

The Little Black Tapir  (T. kabomani) is the smallest living tapir, with total length 130 cm, height at shoulder 90 cm, and body mass estimated at about 110 kg. The new species is present in Amazonas, Rondoˆnia, and Mato Grosso states in Brazil and in Amazonas Department in Colombia

Tapirs are species with a long history of evolution and adaptation to their environments!

Currently, Colombia has the National Program for Tapir conservation, in which develop conservation strategies for the genus Tapirus! On our tours through Chocó, Andes and Pantanal it is sometimes possible to see these wonderful species of nature!