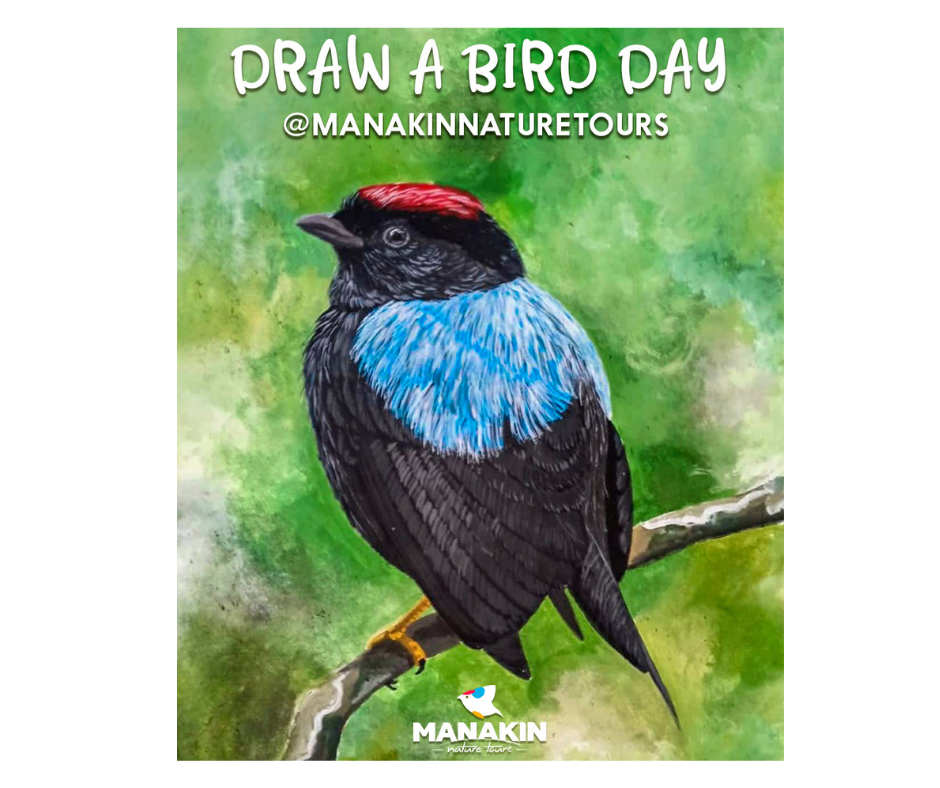 Draw A Bird Day – A Celebration of Science

Pencil, pen, felt tip or chalk, Draw a Picture of a Bird Day is great fun for everyone. It’s very straightforward: simply draw a picture of a bird in tribute to our feathered friends, but if you fancy some diversity there’s actually a wide range of options.

What is Draw A Bird Day?

In 1943, Dorie Cooper was a 7 year old living in England. Her mother took her to a hospital in to visit her uncle who was wounded in the war. While they were there, Dorie’s uncle was very distraught, having lost his right leg to a land mine. In an attempt to cheer him up, she asked him “Draw a bird for me, please” Even though he was unwell, he decided to do as Dorie asked. He looked out his window and drew a picture of a robin.

After seeing her uncle’s bird picture, Dorie laughed out loud and proclaimed that he was not a very good artist, but that she would hang the picture in her room nonetheless. Her uncle’s spirits were lifted by his niece’s complete honesty and acceptance. Several other wounded soldiers also had their day brightened by the event and every time Dorie came to visit thereafter, they held drawing contests to see who could produce the best bird pictures. Within several months, the entire ward’s walls were decorated by bird drawings.

3 years later, Dorie was killed after being struck by a car. At her funeral, her coffin was filled with bird images that had been made by soldiers, nurses and doctors from the ward where her uncle had been. Ever since then, those men and women remembered the little girl that brought hope to the ward by drawing birds on her birthday, April 8th.

Draw a Bird Day was never declared an official holiday, but it grew through those soldiers and medical personnel and their families. Today, it is celebrated world wide as a way to express joy in the very simplest of things in life and as a way to help soldiers everywhere forget war and suffering even if only for a short time.

How do I celebrate Draw A Bird Day?

That day we can set aside time to draw a picture of a bird. We can draw common birds that are in our gardens, or some endemic bird, or draw the next species of birds you would like to see.

A day of drawing birds, but do you know a little about the importance of illustrations for the knowledge of species?

The history of ornithology around the world is closely linked to the history of scientific illustration. Since ancient times, the old illustration has given us a view of the birds, support in morphological descriptions, behavior, discovery of new species and their classification, to our bird identification guides in the field and works of great artistic value in themselves.

From the beginning of the 18th century until the middle of the 20th century, it was almost indispensable that the scientific expeditions were accompanied by a person with artistic skills and on many occasions the same artists were the ones who collected the specimens (Peck 1982, Mearns & Mearns 1998). The illustrator’s task was to make a copy as close as possible to reality, collecting specimens to draw directly, so that the morphology of the animal, as well as the colors of the soft parts that in time would be lost.

Their work was even more important considering that at that time there was no support for technologies that will help to immortalize collections. His work tools: paper and pencil, in some occasions, paints, oils or watercolors, were the basis and it remains essential.

So today is a celebration of science! Drawing birds is learning, getting to know birds and helping to conserve biodiversity.

The important thing is drawing, no matter if you are an excellent illustrator or not!